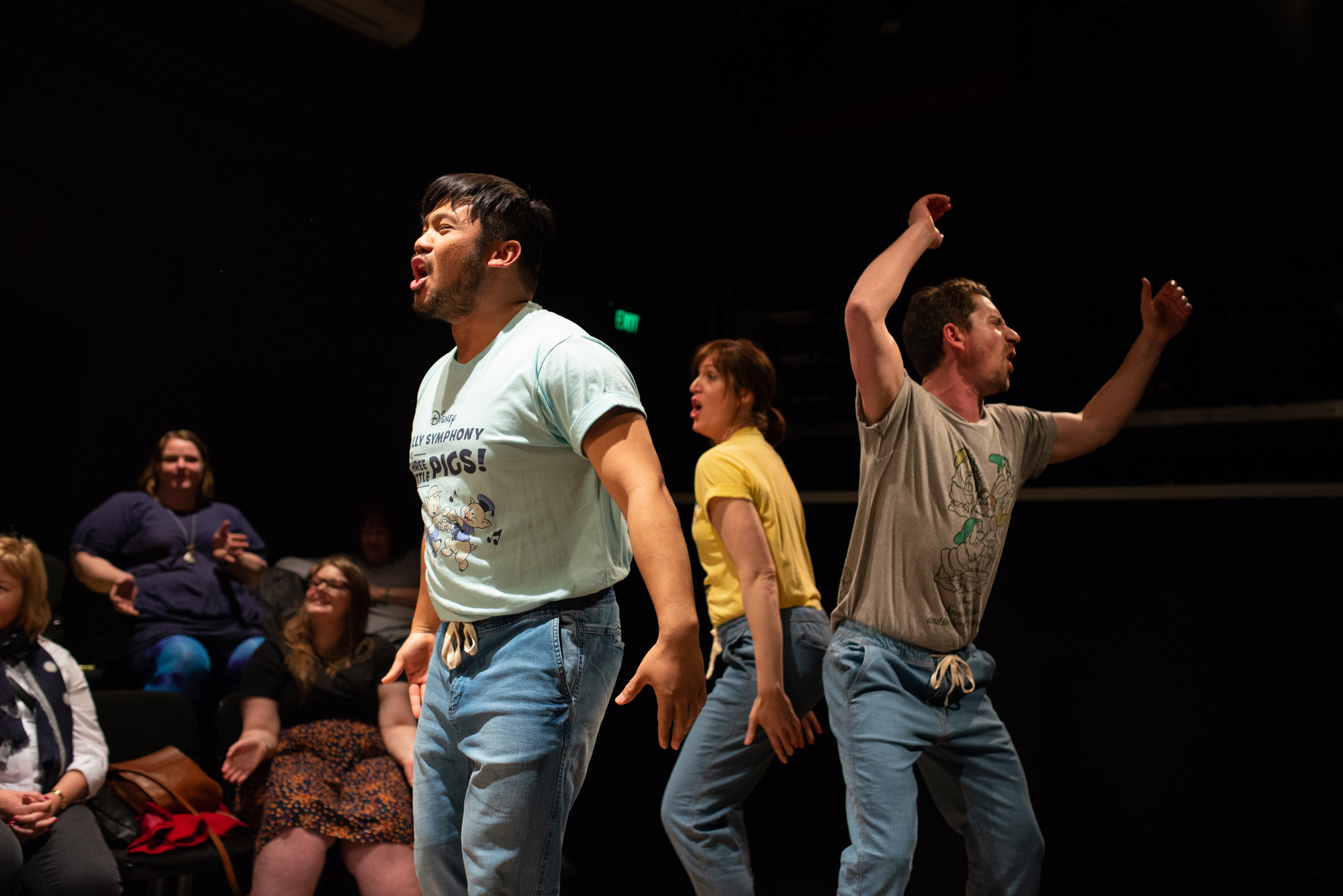 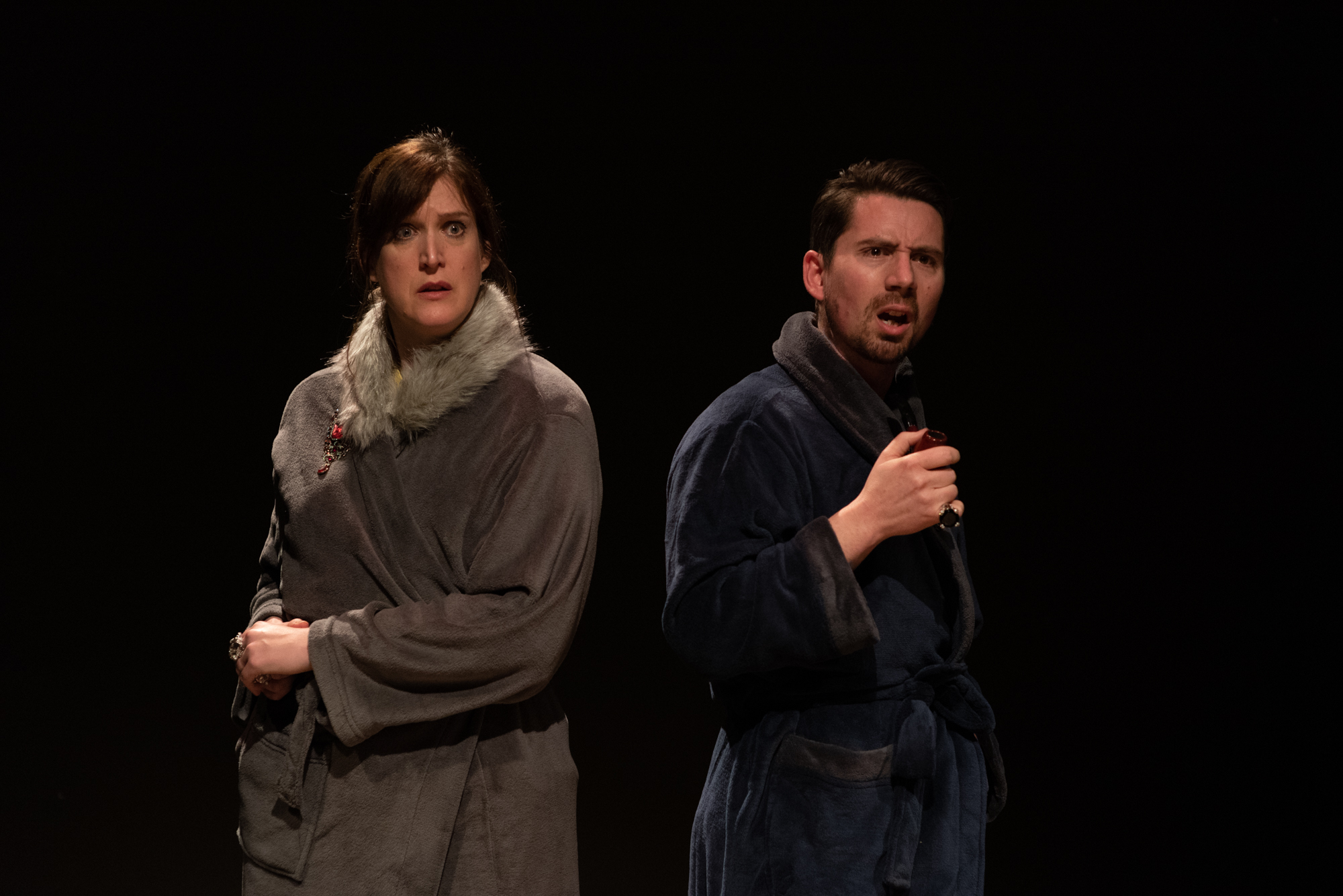 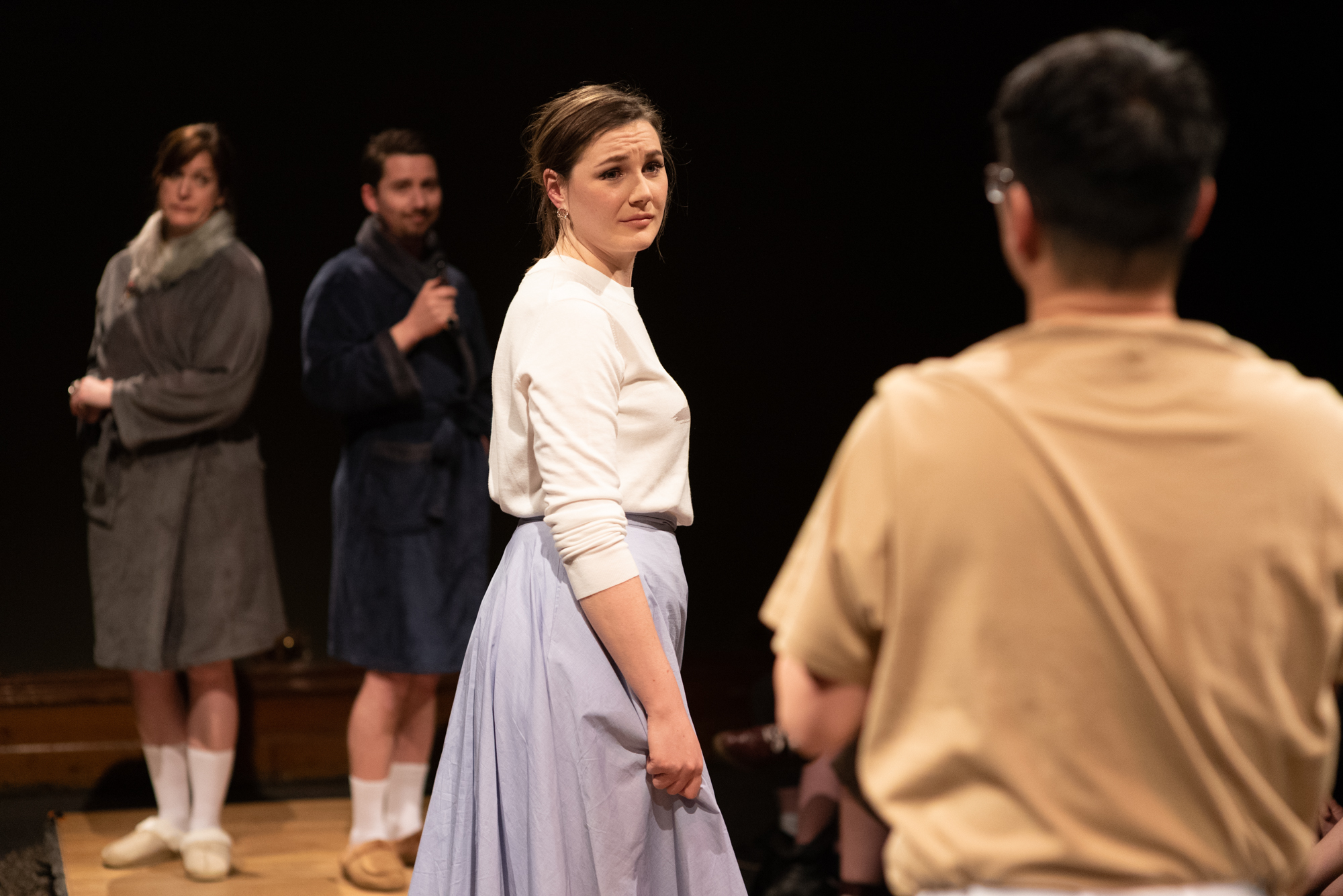 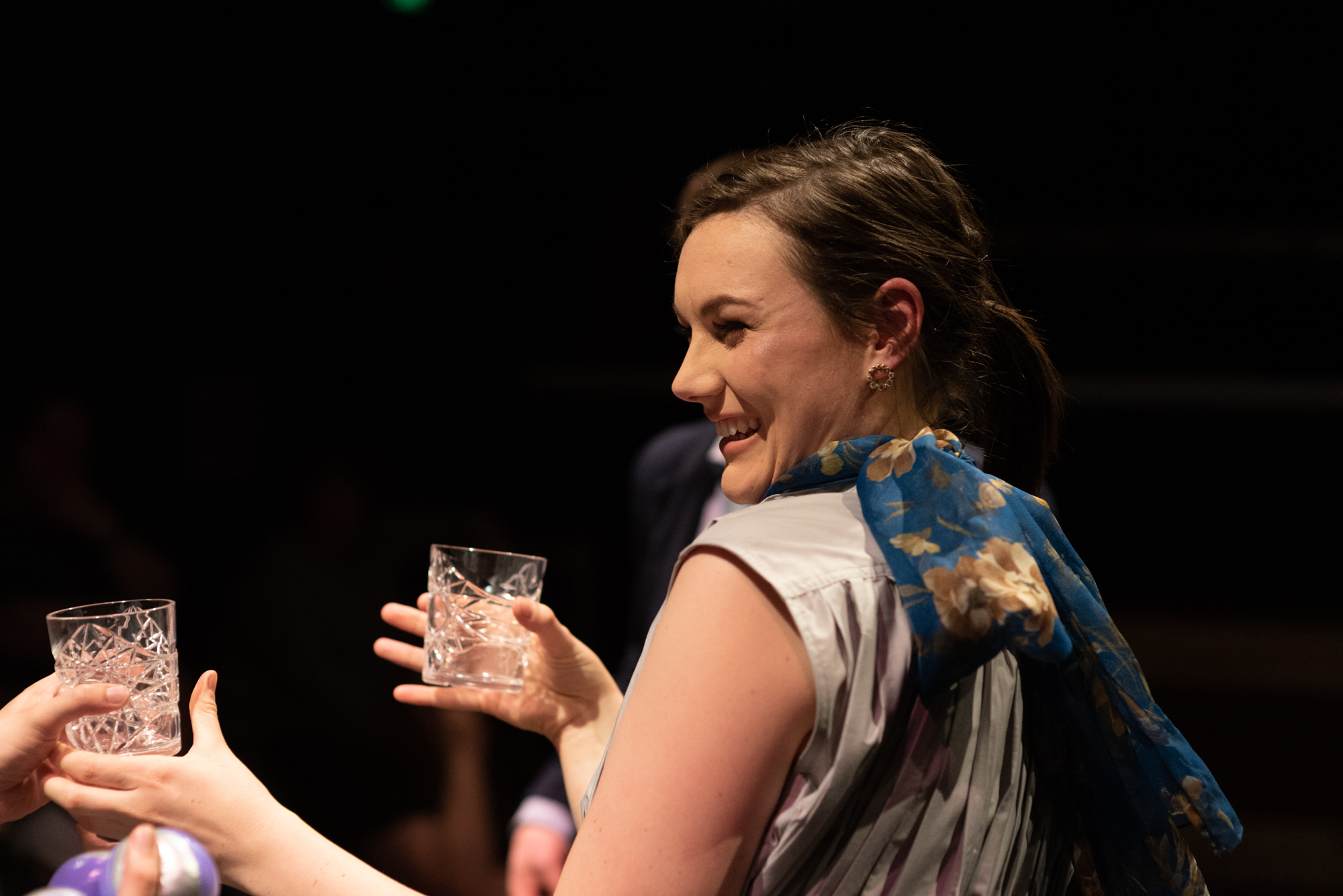 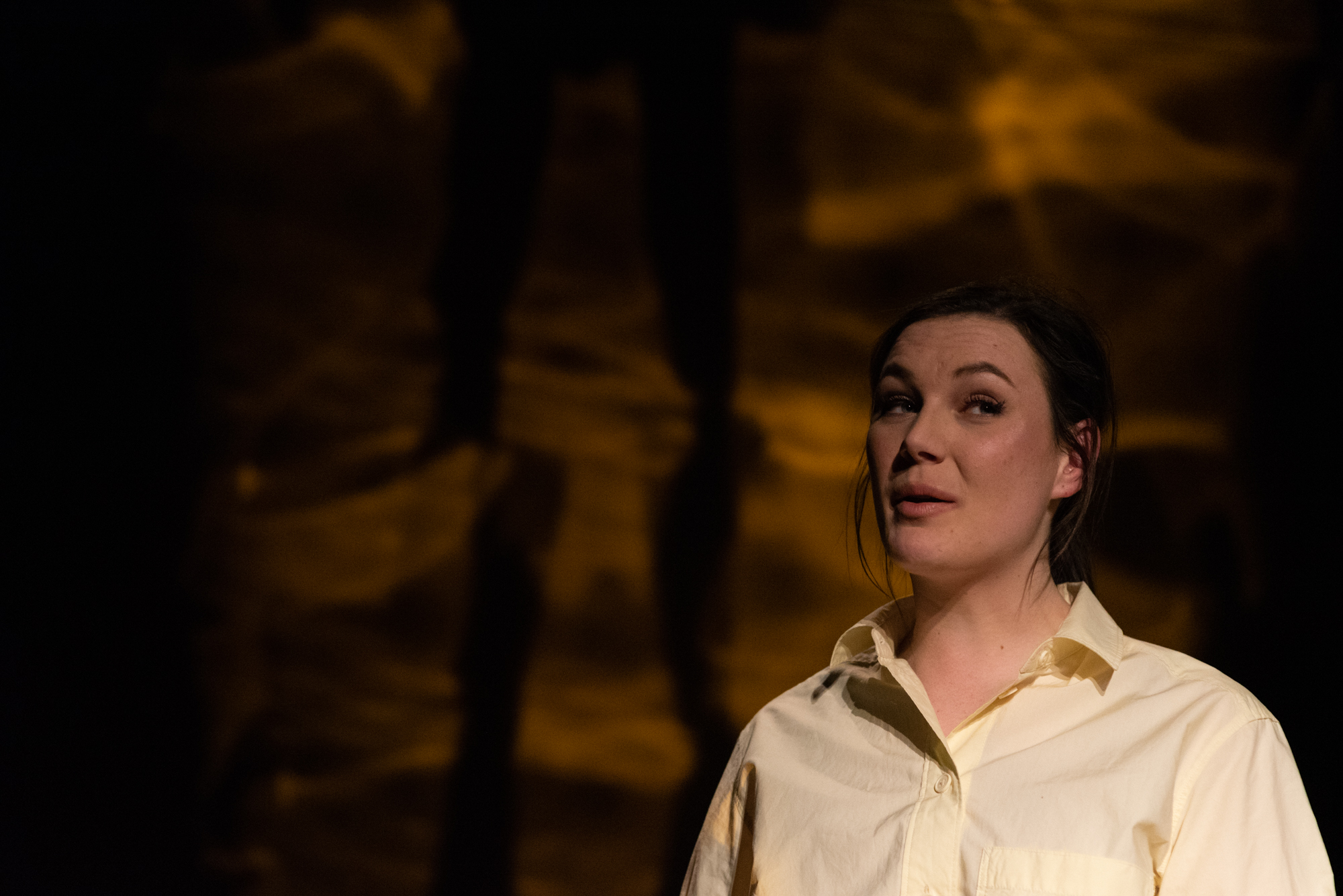 Just a Boy, Standing in Front of a Girl
photographs by Lachlan Woods

From the creative team behind The Yellow Wave and Cuckoo comes a Medea for our times.

Just a Boy, Standing in Front of a Girl is a darkly funny, tragicomic take on the legendary relationship between J and M, from teenage romance to domestic nightmare, as they fall in love and hit the road in search of fame and fortune. A contemporary and subversive re-imagining of events surrounding a classic text, Just a Boy is a parable of the patriarchy that shows what happens when you’re smart, strong and female.

First produced at La Mama Courthouse in 2018, 15 Minutes from Anywhere is proud to present the return season of Just a Boy, Standing in Front of a Girl at Fortyfivedownstairs in August 2021.

Just a Boy, Standing in Front of a Girl has its genesis in our desire to adapt a second classical work as a follow-up to Motherfucker, our 2014 adaptation of Oedipus. In the process I became frustrated with the depiction of the female characters and started to interrogate the world that they inhabited: the patriarchy and its impact on all genders and the way they operate in the world, even on the most unconscious level, and the different standards we hold men and women to. As the play developed, it was surprising just how resonant its classically-drawn themes remained in relation to the current discourse around gender politics in contemporary society, particularly in very recent times.

Just a Boy looks at serious, often dark, material through a tragicomic lens that combines elements of subversive humour, feminism and pop culture. The resulting work is the product of a truly collaborative process and there can be no better creative partner with whom to explore subversive tragicomedy than Beng. His instinct for the use of space is a key element of the dramaturgical process and directly informs the development of the text. Working with Annie, Andrea, John, Keith, Glenn, Emily and more recently Dans and Zach has been a joy and a privilege.  The generosity and influence of their contribution and talent on the development of Just a Boy is immeasurable.

Just A Boy Standing in Front of a Girl  was assisted through HotHouse Theatre’s  A Month in the Country  residential program, a project delivered in partnership with Albury City.

Just A Boy Standing in Front of a Girl is supported by Creative Partnerships Australia through the Australian Cultural Fund.