15 MINUTES FROM ANYWHERE is an artistic collaboration between director Beng Oh and writer Jane Miller. We create new Australian works as well as explore the lesser known and interesting parts of the repertoire. We hail from 1968 but create works for the here and now. 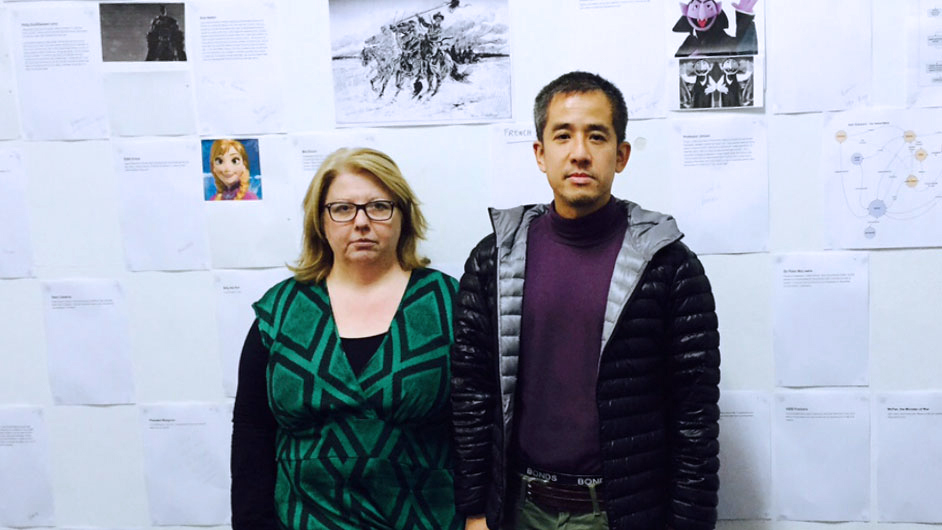 JANE MILLER is a Melbourne writer whose plays have been produced both around Australia and internationally, beginning in 2006 when Perfect Stillness reached the finals of Short & Sweet in Melbourne and it won the People’s Choice award for Best Overall Production. Since then it has been produced in Malaysia, Delhi, Dubai and the United Kingdom. Jane made her La Mama debut in 2010 with a sell-out season of Happily Ever After directed by Beng Oh, which subsequently went on to tour. Jane is currently undertaking a Masters of Writing for Performance at the Victorian College of the Arts.

BENG OH is a freelance Asian-Australian director who has staged a wide range of productions. He has directed plays by Franz Xaver Kroetz, John Patrick Shanley, Paula Vogel, Peter Handke, Heiner Müller, Frank Wedekind, Gertrude Stein and Christopher Marlowe, among many others. Beng has a commitment to diversity, contemporary work and queer theatre. Notable productions include the Australian premiere of Tom Fool (aka Mensch Meier) by Franz Xaver Kroetz and a Green Room Award nominated production of Porcelain by Chay Yew. He completed post-graduate directing at the Victorian College of the Arts and is a member of the Lincoln Center Theater Directors Lab. 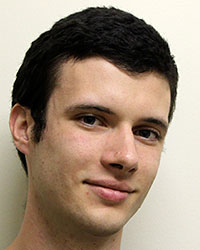 Tom is a freelance composer and sound designer hailing from Brisbane. He graduated from the Queensland Conservatorium of Music in 2012 where he had the opportunity to work under some of Australia’s leading composers and producers including Kim Cunio, Doug Roberts and Caleb James. Tom specialises in composing music for moving image and live theatre with occasional forays into electronic dance music and electro acoustic minimalism. Some of his theatre credits include: Penelope (Red Stitch), On the Grace of Officials (MKA) and EIGHT in the 2013 Melbourne Fringe Festival. When he’s not hunched over a mixing console, Tom can be found drinking coffee, staring into space or trying to remember keyboard shortcuts (sometimes all at the same time!). 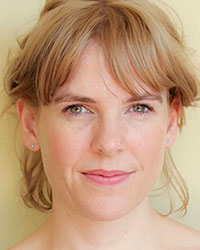 Lauren has trained and performed across theatre, film and television in Australia, Asia, the UK and USA. She created and co-hosts The Act of Storytelling podcast, and co-created The Killing Fever and This is What it Feels Like with Melbourne dramatist, Adam JA Cass. Awarded Best Screenplay/Best Actress at SIPFest, Gold Coast Film Festival 2017, for her own short film, In Life Today, her other screen credits include performances in House Husbands and Sonnigsburg, and feature films Out of Order, So Long, A Journey Through Time and Experience the Knowing. Anno Zombie, by Baggage Productions, marked her recent return to stage and she is thrilled to be a part of the cast for Cuckoo.

Matthew has designed and operated for numerous productions in Melbourne over the past 25 years. Previous shows and collaborations with 15 Minutes From Anywhere and Beng Oh include: Objects Lie On A Table by Gertrude Stein (La Mama), The Hamletmachine by Heiner Müller (Castlemaine State Festival), Newtown Honey by Marty Denniss (La Mama), Motherfucker (La Mama) and Happily Ever After (La Mama and on tour). 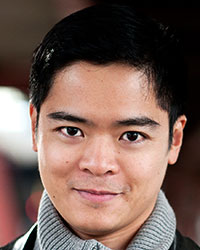 A graduate of the National Theatre, Keith has performed extensively throughout Australia, most notably for Melbourne Theatre Company, La Mama Theatre, and 5Pound Theatre. Having trained in physical theatre and classic texts with the Royal Academy of Dramatic Art (UK), he has been an active collaborator on many new Melbourne devised works. Keith received the Best Male Actor Award for his performance in Death by 1000 Cuts at the 2007 Short + Sweet Festival. He was a series regular in the ABC cult hit The Librarians, for which the cast received Best Comedy Ensemble at the inaugural Equity Awards, and has worked on Rush, The Time of Our Lives, Bruce Lee Played Badminton Too, and Verite.Keith is a co-founder of The Kin Collective, and a current ensemble member of the improvised comedy troupe The Big Hoo-Haa! Melbourne. 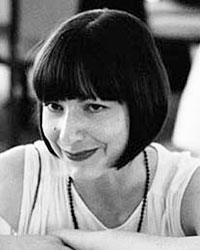 She has been recognised professionally with a Green Room Award nomination for best set and costume design for Dream Home, as the set and costume design candidate in Melbourne Theatre Companies’ 2016 Women in Theatre program with designer Christina Smith as her mentor, and as the 2017 costume design candidate in Malthouse Theatre’s Besen Family Artist Program, working with designer Zoe Atkinson on Black Rider.  In 2014 an Ian Potter Cultural Trust grant allowed her to spend 3.5 months in Europe developing her professional skills and knowledge, she was a participant in the 2010 JUMP National Mentoring Program with designer Hugh Colman as her mentor and was awarded a 2010 ArtStart grant.

A move to London in 2011 saw Emily working for Donatella Barbieri, Senior Research Fellow in Design for Performance at the Victoria and Albert Museum, where she assisted with Donatella’s research into costume for performance.  Emily is currently a PhD candidate and sessional tutor at the University of Melbourne, researching the topic of costume as an historical and cultural marker, more specifically how the history of Australian costume for dance intersects with and drives notions of a developing national identity. 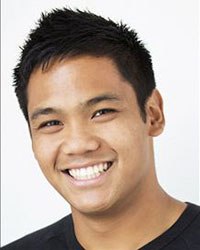 John trained at the University of Ballarat, Arts Academy. After graduating in 2008 he worked with Brainstorm Productions for five years, touring for six to nine months of each year, during which time he performed in high schools and primary schools all over Australia in shows dealing with issues such as bullying, cyber-bullying, domestic violence, substance abuse, eating healthily and many more. Highlights included a one-man show, Cheap Thrills. At present, John is pursuing a Masters of Primary Teaching at the University of Melbourne where he is currently in his final year. 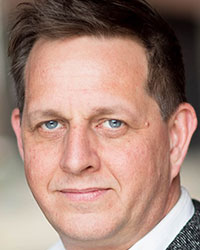 Scott Gooding is a theatre director, actor, teacher, and dramaturge. As Artistic Director of Vicious Fish Theatre productions include 360 Positions In A One Night Stand, The Belbel Project, a series of four works by playwright Sergi Belbel, Eric – The One Man Sketch Comedy Show, written by a number of Melbourne independent playwrights, As Artistic Director of RAG Theatre, an inclusionary group for people with Mental Health issues and funded by the City Of Port Phillip, productions include Occupied, Prom Night, The Classic Tale Of Faust, The Story of Moses and Dicken’s A Christmas Carol. He was last onstage with The City They Burned for Attic Erratic Theatre in the 2014 Melbourne Fringe Festival and the 2015 Brisbane Festival. 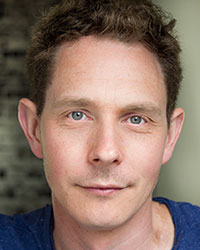 TV Credits include sn:tv and Sarvo (Nickelodeon). Film Credits include 5 Moments of Infidelity, The Twins of Berlin, Bored Game, Trilogy, Vibrant Alarm , I Suppose I Had it Coming. 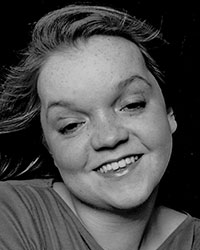 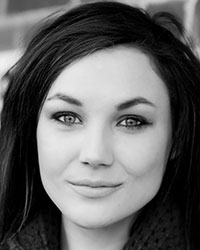 Annie graduated in 2012 from the University of Ballarat Arts Academy, where she gained a BA in Acting. During her training she played Mephistopheles in Doctor Faustus/Lights the Lights, Abigail Williams in The Crucible, Miranda in The Tempest and Katherine in The Kitchen. Since graduating she has been involved in a number of independent projects such as Killing Game’(Bakers Dozen Theatre Co.), An Infinite Ache (Owl & Pussycat), Little Daughters (La Mama), and Dacryphilia (Broken Mirror Productions). Annie is a passionate performer, and is very excited to be a part of 15 Minutes From Anywhere. 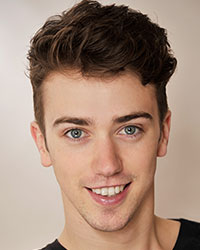 Luke is a performer with a proclivity for storytelling. Since graduating from Federation University Arts Academy (2014), he continued his training with a short course at the New York Film Academy (2015). His recent work has seen him perform in the Theatre 451 productions of Boomerang (2017), and Brotherly (2016). Voice credits include Fate and Fables: A Djinn’s Wish (2017). Luke is currently working on co-creating his own exploratory ensemble, incorporating multiple performative mediums, to discover what the “Australian voice” means and how it can be used to express and enhance classic and emerging stories. 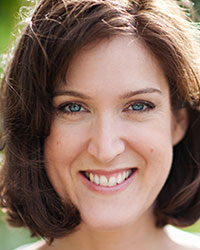 Andrea trained with The Actor’s Company in London and The Rehearsal Room, 16th Street Actors Studio and PEM Studios in Melbourne. Theatre credits include Requiem for the 20th Century for Theatre @ Risk, Rosencrantz and Guildenstern Are Dead, Copenhagen, The Merchant of Venice and Dogg’s Hamlet, Cahoot’s Macbeth for PMD Productions, How I Learned to Drive and Quills for Mockingbird Theatre, Savage in Limbo for Q44 Theatre and three seasons of The Yellow Wave for 15 Minutes From Anywhere. On TV, Andrea’s appearances include Neighbours, House Husbands and The Doctor Blake Mysteries’ Andrea is playing the lead role of Lydia in feature film The Rip, which she co-created. 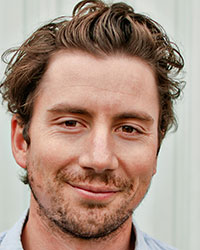